And no-one saw the carny go
And the weeks flew by
Until they moved on the show
Leaving his caravan behind
It was parked out on the south east ridge
And as the company crossed the bridge
With the first rain filling the bone-dry river bed
It shone, just so, upon the edge
Away, away, we're sad, they said

Dog-boy, atlas, half-man, the geeks, the hired hands
There was not one among them that did not cast an eye behind
In the hope that the carny would return to his own kind

And the carny had a horse, all skin and bone
A bow-backed nag, that he named "Sorrow"
How it is buried in a shallow grave
In the then parched meadow

And the dwarves were given the task of digging the ditch
And laying the nag's carcass in the ground
And boss Bellini, waving his smoking pistol around
saying "The nag is dead meat"
"We caint afford to carry dead weight"
The whole company standing about
Not making a sound
And turning to dwarves perched on the enclosure gate
The boss says "Bury this lump of crow bait"

Until nothing was left, nothing at all
Except the body of Sorrow
That rose in time
To float upon the surface of the eaten soil

And a murder of crows did circle round
First one, then the others flapping blackly down

Here she comes, you better watch your step
She's going to break your heart in two, it's true
It's not hard to realize
Just look into her false colored eyes
She builds you up to just put you down, what a clown

You're written in her book
You're number 37, have a look
She's going to smile to make you frown, what a clown
Little boy, she's from the street
Before you start, you're already beat
She's gonna play you for a fool, yes it's true

Edie Sedgwick: ...creating chaos and uproar wherever she went. Divorced as many times as she married, she leaves only good wishes behind.
[laughs]
Edie Sedgwick: That's nice, isn't it? 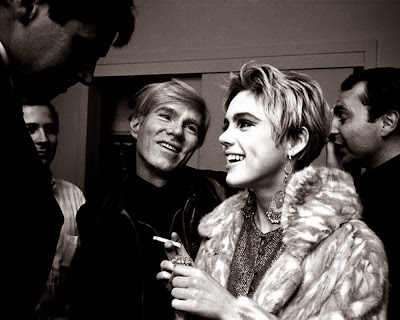