if the same thing ever happened

but then again, who does?

My nonarrival in the city of N.
took place on the dot.

You'd been alerted
in my unmailed letter.

You were able not to be there
at the agreed-upon time.

The train pulled up at platform 3.
A lot of people got out.

My absence joined the throng
as it made its way toward the exit.

Several women rushed
to take my place
in all that rush.

Somebody ran up to one of them.
I didn't know him,
but she recognized him
immediately.

While they kissed
with not our lips,
a suitcase disappeared,
not mine.

The railroad station in the city of N.
passed its exam
in objective existence
with flying colors.

The whole remained in place.
Particulars scurried
along the designated tracks.

Even a rendezvous
took place as planned.

Beyond the reach
of our presence.

In the paradise lost
of probability.

Translated from the Polish the by Stanislaw Baranczak and Clare Cavanagh.

History did not greet us with triumphant fanfare
It flung dirty sand in our eyes
Ahead of us were distant roads leading nowhere
Poisoned wells, bitter bread

The spoils of war is our knowledge of the world
So large it fits in a handshake
So hard it could be described in a smile
As strange as the echoes of old truths and a prayer. 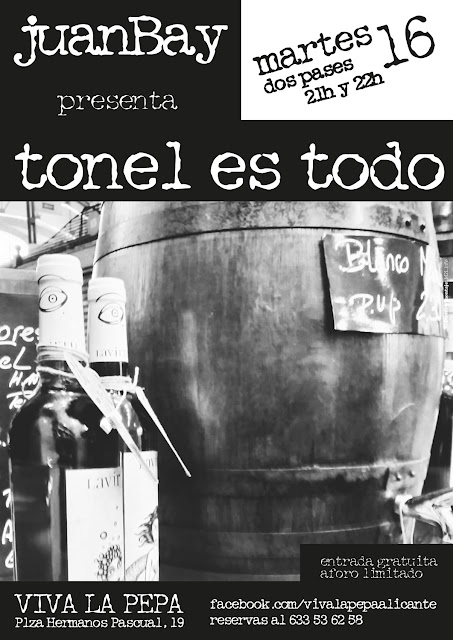 JAROSLAW ANDERS IS A WRITER AND TRANSLATOR BORN IN POLAND. HE LIVES AND WORKS IN WASHINGTON, D.C 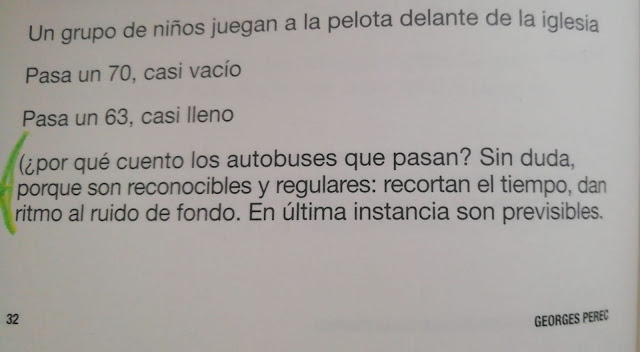 Stupid now with shame and sorrow,
In the night I hear him sobbing.
But sometimes he talks a little.
He has told me all his troubles.
Si alguien quiere el poema completo, aquí lo tiene. Traducido no lo encontré. Y cuerpo, y creo que tampoco cabeza, no tengo para hacerlo yo. Octosílabos, por cierto. 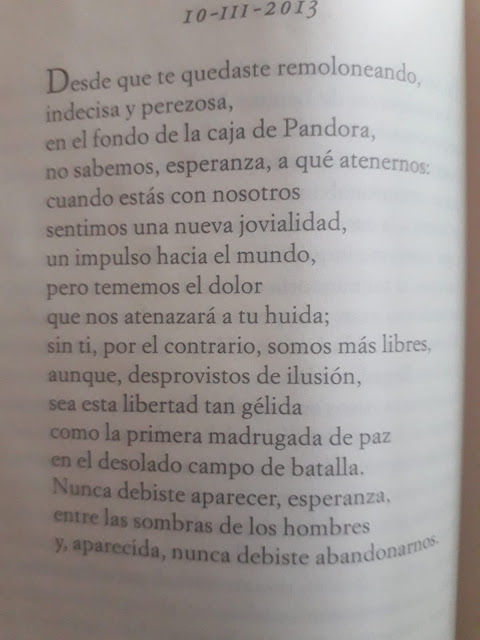 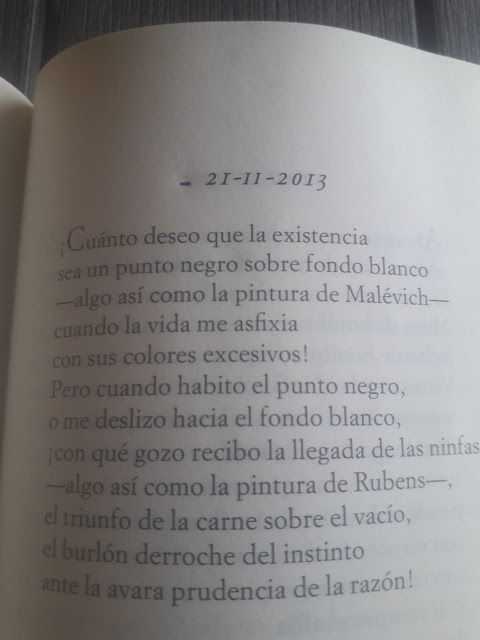 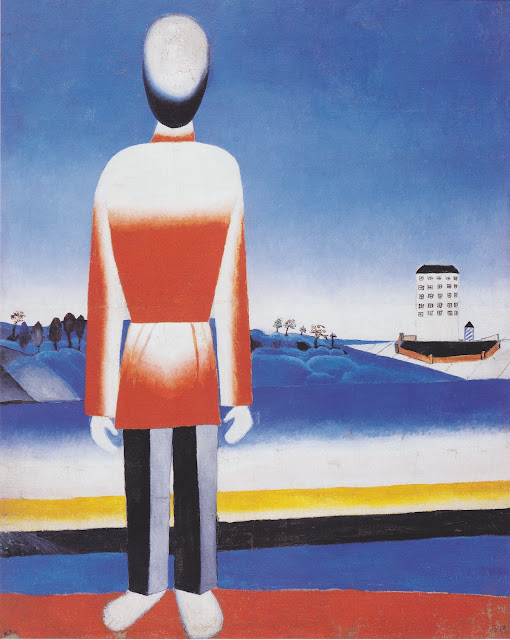 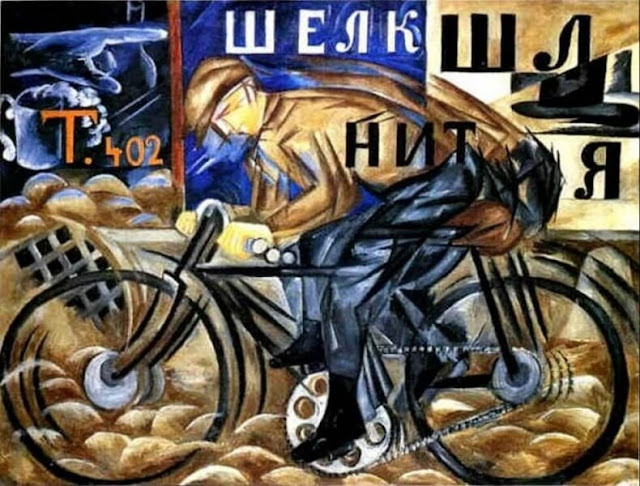 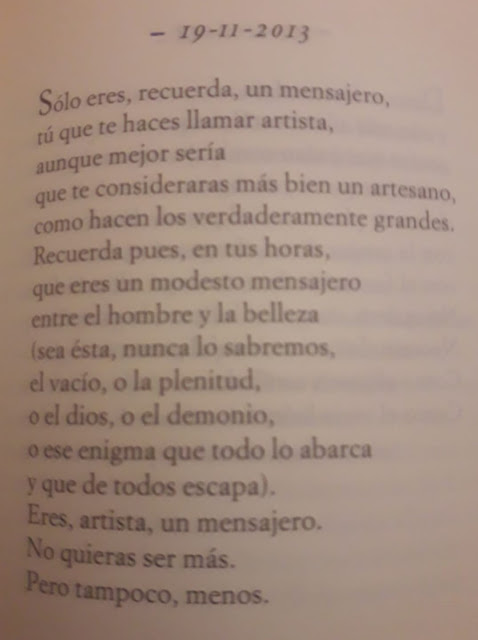 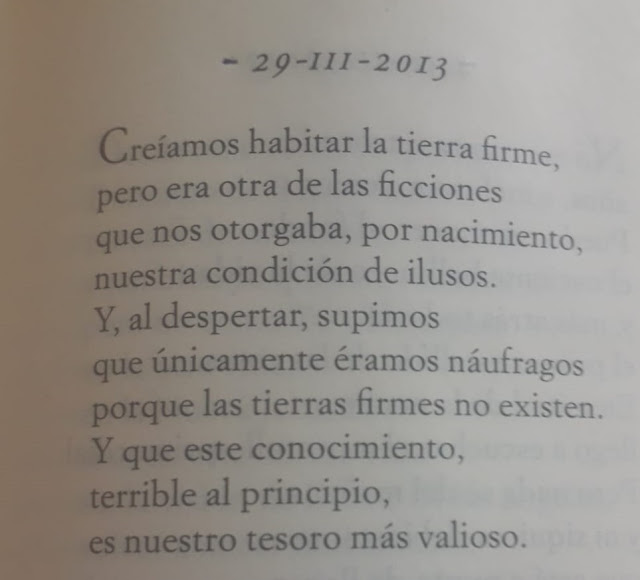